Nearly all the stele statues found in Lunigiana had been removed from their original context . It is therefore rather difficult to construe the meaning and function these monuments may have had in the civilization that produced them .  The archeological findings alone are insofar insufficient to give an insight of what their function may have been .

Some important clues come from comparison to similar monuments found in other geographical areas . The stele statues of the C group would seem to have been used as burial monuments , as other statues belonging to the same period and to other contexts ( Veneto , the district near Bologna , the central area of the Adriatic coast , the northern part of Etruria , the district surrounding Foggia ) . Furthermore , these representations , conceived as statues rather than as steles , would seem to have a very clear meaning : they are individual monuments that exhalt an important personage of the local community , who can bear aristocratic weapons and makes show of a cultural superiority due to the knowledge and use of writing .  The inscriptions , that have all been interpreted as onomastic , reveal even more clearly the aim : to exhalt a few chosen individuals .
As for the most ancient monuments ( groups A and B) , there is still much uncertainty .  Here too it’s possible to make inferences comparing them to other stele statues belonging to different places  , but this method hasn’t been very helpful so far . The fact is that stele statues were a widespread phenomenon , and represented the result of similar processes that developed in far-between areas at the same time . Between the end of the IV and the beginning of the III millennium b.C. in all Europe there are signs of the dawn of a new epoch  (the eneolithic ) , in which metal ( copper ) workmanship began and in a very short time became increasingly important , triggering the search for ore and the commerce of end products .  The previous neolithic society wasn’t stratified and comprised sedentary peoples who were mainly farmers ; the social organization was matriarchal . With the beginning of this new age a different nomadic lifestyle comes to the fore , economy switches to stock breeding and  society to patriarchy and warfare and also widespread trade .

This semi-nomadic stock breeding lifestyle  caused antagonism and an ever growing use of weapons , both to attack and to defend , and also a greater awareness of power and the role of the merchant-shepard-warriors , whose organization rooted in economic priviledge and individual riches .  The earlier Bronze Age yields clear evidence of the beginning of sistematic warfare and social differentiation : fortified dwellings , strategic planning of villages in dominant positions on hilltops and the type of burial ornaments and of storage places .

Perhaps it was this new nomadic way of life that triggered the need of using very large monuments like the stele statues to identify particular areas on the main routes .  They have been found in the countryside ( Rouerge , Lunigiana ) and also in inhabited areas ( Linguadoca) or on burial sites ( Balkans , Northern Turkey , Provence , Seine Basin , Brittany ) . The groups of stele statues are always placed according to a very clear plan , in a typical and recurring surrounding : nearly always near water and in mountain areas .  They have never been found in inaccessible or wild places but dotted along valleys that connect far-between areas and in mountain areas along important routes  connecting vast regions of Europe .  For example , the stele statues of the alpine region are placed along the valleys that connect the Mediterranean regions with the northern regions beyond the Alps  and  that acquired greater importance and commercial worth with the development of metal culture , when mountains no longer appeared as dry and valueless areas but as harboring precious ore .

In Lunigiana some stele statues have been found grouped toghether , as at Pontevecchio , where nine were discovered , eight of which were set upright at a short distance one from the other , with the faces looking south , towards the sun  . There were probably other groups in the Selva di Filetto , where 11 stele statues were found and at Malgrate , where 6 have so far been discovered . Small groups have been found at Minucciano , near Monti at Licciana Nardi , at Filattiera , Canossa , La Spezia and they all have in common a trait found in other areas ( for example at Aosta and Sion ) where the monuments , often associated with collective burials , were aligned to witness ancient and never forgotten cultural traditions .

All these elements give rise to a twofold interpretation of these megalithic monuments , seen as “sacred” and “profane”. On the one hand the stele statues could embody symbolic and abstract meanings , tied to a religious cult , and represent images of sky divinities , and on the other they could represent  real living or dead personages that however must have had  a rising social status in the community ( ancestors seen as heroes , heads or founders of the patriarchal clan ) .  The stele statues could also represent guardian entities or real personages set as landmarks  or sentries on the highest ground in villages , in hunting grounds , along roads , or in economically important sites .
Whereas the female figure was dominant in the late Stone Age after the discovery of agriculture , in the Metal Age , in the merchant-nomad-warrior communities , the male figure becomes much more important .  The stele statues therefore appear to  reflect beliefs and perhaps activities centered round supernatural entities ( divinities that is ) or at least superhuman ones , connected not to single human beings but to social or tribal groups endowed with the relevant abilities to acquire value and prestige . 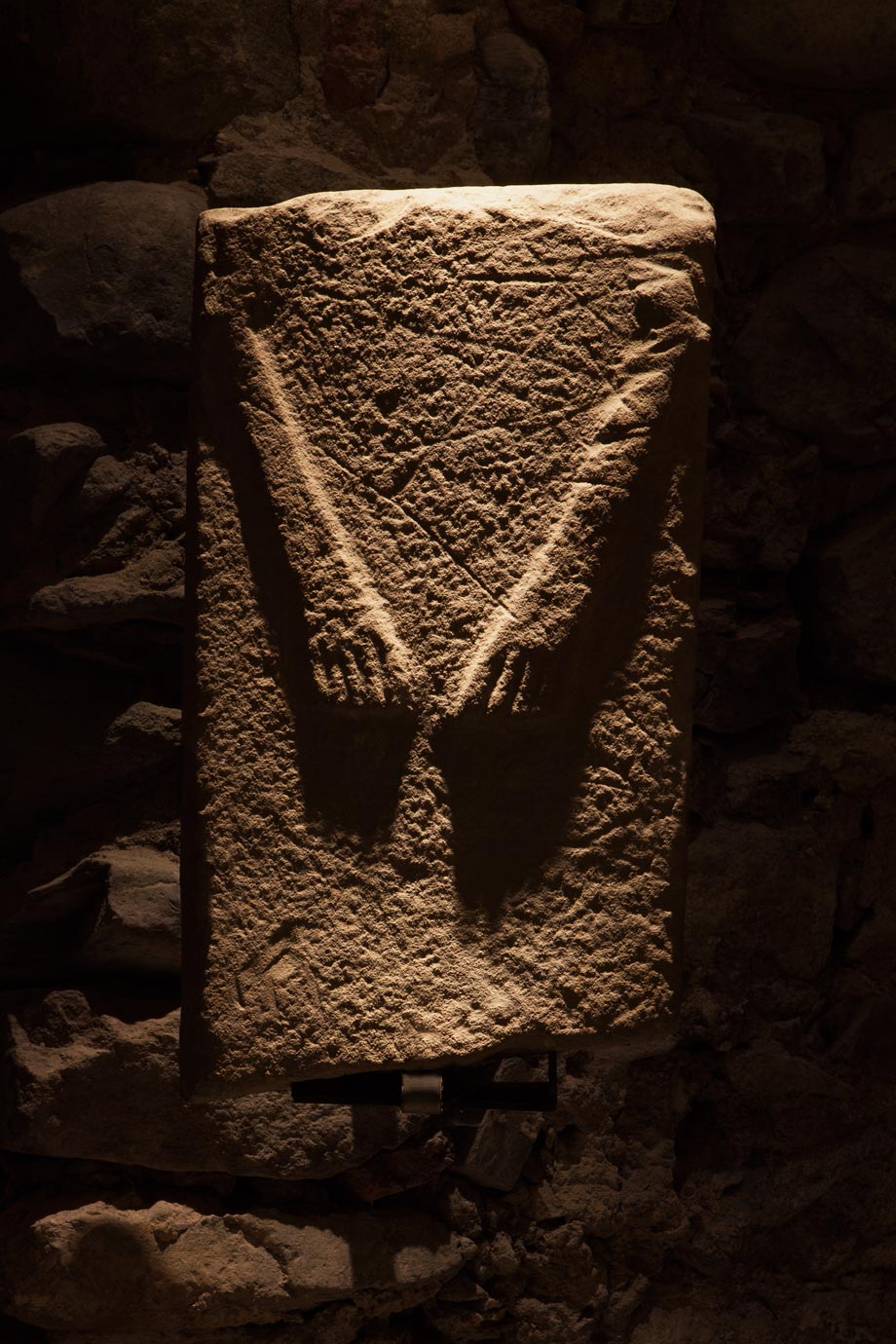