The city of Pontremoli is found in the very tip of Tuscany, at the foot of the Appenines, strategically placed along the Francigena road. Cited as the 31st stop in the “itinery” of the archbishop Sigerico, it was a free city from the XII to the XIII century and was defined as the “key and door to Tuscany” by Feredico II.

Since 1975, the Piagnaro Castle has been host to the Museum of the Stele Staues of Lunigiana dedicated to Augusto Cesare Ambrosi. The Stele Statues are enigmatic stone sculptures dated between 4 and 1 thousand a.d. and represent the most important collection of sculpture from prehistoric Europe. The sandstone sculptures are characterized by their head in the shape of the italian policeman's hat and face in the form of a “U”. They demonstrate human figures, both male and female, accompanied by a complex exhibition of arms and ornaments typical of the Copper Age and Iron Age. The statues are classified in three typological groups (A, B and C) and are exhibited in darkened rooms, lit by spotlights which illumine the anatomical traits and details, creating a compelling atmosphere.

The Piagnaro Castle was built in the X Century to monitor the street systems and to protect the citizens of Pontremoli and is probably the first and original structure of the town . The name “Piagnaro” derives from “piagne”, being the sandstone slabs used to tile the roofs. The complex achitecture of the Castle is the result of numerous reconstructions and enlargements and is characterized by the imposing tower (from the XV Century). The tower, situated at the the highest point of the Castle, dominates the entire fortification and evidence of the antique draw-bridge elevated nine metres from the ground can still be seen.
In front of the tower emerges an imposing structure, which was used as barracks for the soldiers but is now converted into an hostel for pilgrims who travel along the Francigena road. The remaining parts of the Castle are characterized by defensive structures from the XVII and XVIII centuries, and were equipped with fire arms and artillery. There is a large courtyard encircled by strong walls with ajoining ramps and sentry boxes.

The Castle, from its elevated location, dominates the medieval part of the city. Developed between two rivers on a solitary line from Porta Parma and Porta Fiorentina, it was constructed to welcome merchants and pilgrims and was equipped with formidible defensive structures. 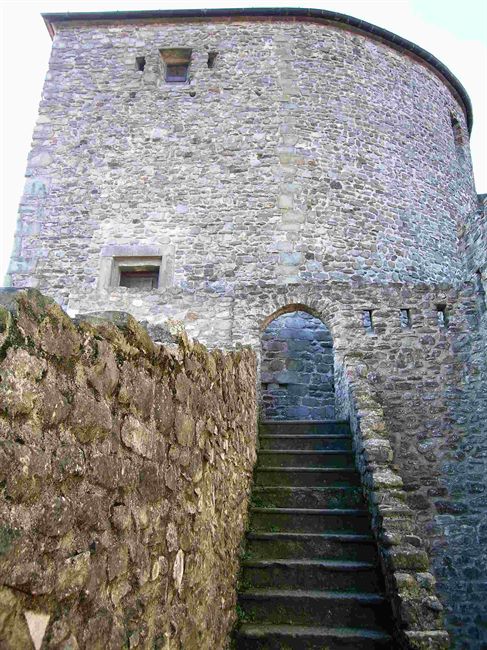 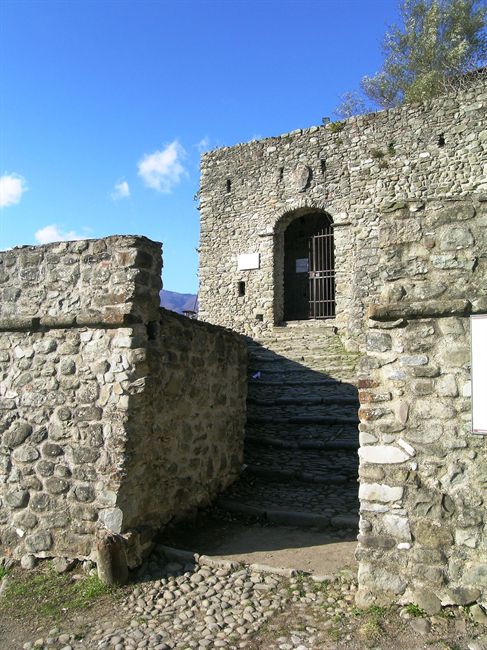